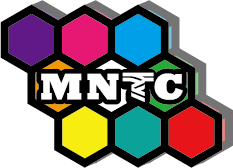 Tokai University is one of the largest educational systems in Japan and it consists of 8 campuses in different prefectures of Japan. Micro/Nano Technology Center (MNTC) was established in Shonan campus located in Kanagawa prefecture on January 2015. A comprehensive subsidy was offered by Ministry of Education, Culture, Sports, Science and Technology (MEXT) – Strategic Research Foundation at Private Universities to support various research projects at private universities. MNTC encompasses all fields from molecular level mechanism analysis to medical application. Likewise, by integrating the knowledge, skill, and energy offered by its young research staff, MNTC aims to contribute to the advancement of science and technology, as well as assemble the elemental technologies required to form a healthy, stable society.

Specifically, MNTC’s research focuses on functional ultra-thin polymer films (films with thickness of under 100 nm). The cooperative medical, physics, and engineering organization utilizes the features unique to the “structure of the plane” created when polymers are formed into ultra-thin films, and applies these to medical technologies.

Under the key words of “Create,” “Test,” and “Know,” MNTC’s members bring their individual knowledge and experience to their research, while at the same time working together on joint projects. In addition to its affiliated researchers, MNTC actively encourages participation by university researchers working on related topics. Similarly, the close ties MNTC is developing with other university organizations, including the Institute of Medical Sciences and the Institute of Glycoscience, have helped establish a research organization that attracts both highly experienced researchers and young researchers from a variety of fields.